In this rustic opera that appears in front of the audience like a mirage, a funeral turns into a pagan festival; a coffin becomes a portal through which the voices of Atahualpa, the last Incan emperor and Jemanya, goddess of fertility, echo; the rites of yawar (the Festival of Blood) and roadside shrines appear. Physical theater and contemporary circus blend together to bring a series of dreamlike passages to life in a theatrical style involving objects, poetic images and live music.

Fuego rojo is a show from the Chilean La Patogallina and Catalan Cíclicus companies. It’s based on the Memoria del fuego trilogy by Uruguayan Eduardo Galeano, which brings into contention memory and current affairs. It’s a piece that asks questions can’t be answered, such as how much of our past have we lost, how much of it lives on in us today and if it’s possible to reconnect with these memories. 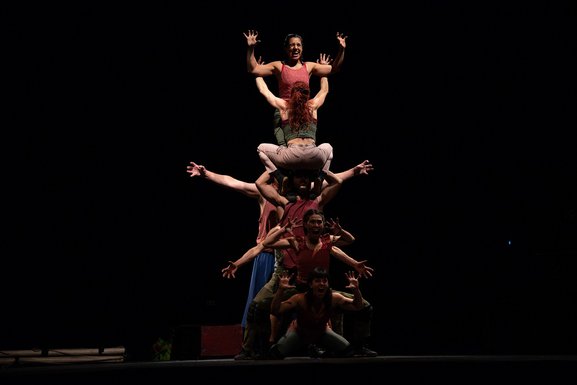 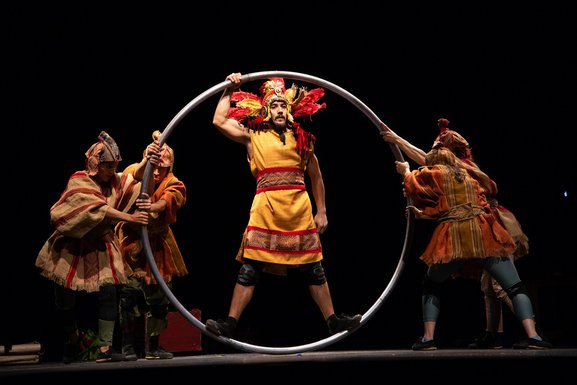 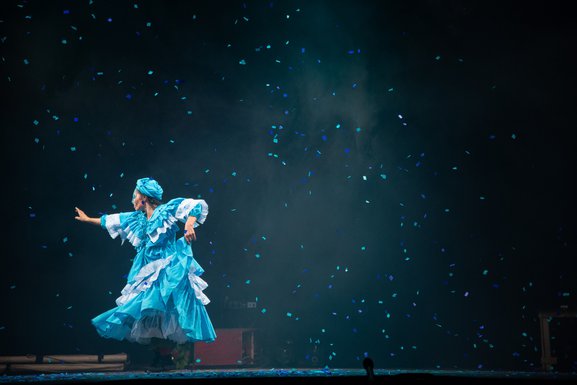 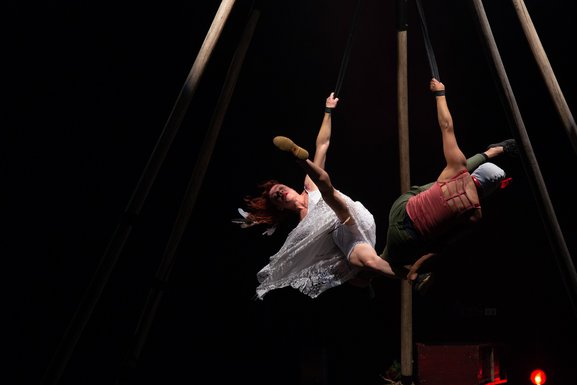 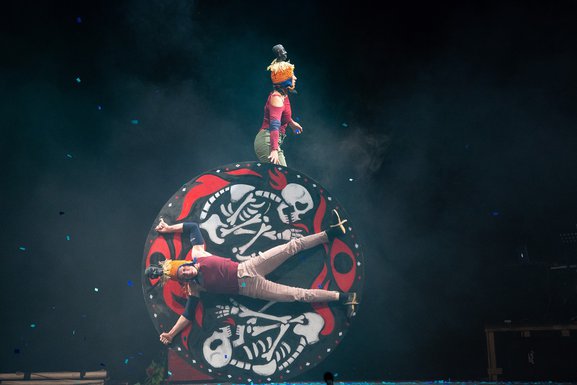 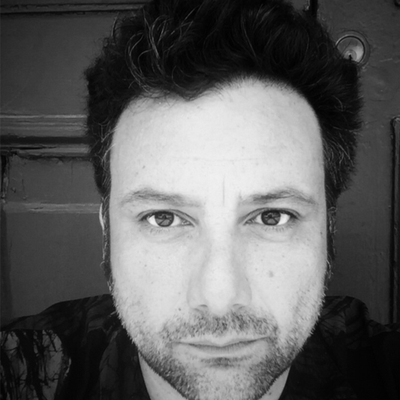 Martín Erazo Founder and artistic director of the Colectivo La Patogallina, codirector and cofounder of the audio intervention company Teatro del Sonido, codirector of FITKA (the Street Theater Festival) and director of the performing arts festival Festine de Isla Negra, he’s held workshops, seminars and theater, acting, self-management, improvisation and theatrical creation conferences both in Chile and abroad. He’s also directed performances in Mexico, Ecuador and Colombia. In Chile, he’s directed large-scale shows, such as the opening of the Altazor Awards, the name-changing ceremony of the Víctor Jara Stadium, the closing ceremony of Santiago a Mil 2015 with the show El gramófono and the inauguration of Santiago a Mil 2017 with Sin fronteras. 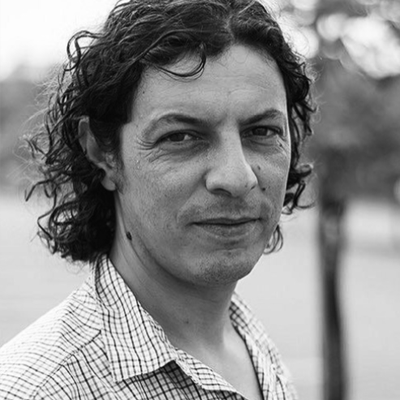