"Paloma Ausente is street theater for the masses”. This is how the latest piece by the theatrical group La Patogallina, a show that looks at all the different social roles Violeta Parra played during her life and highlighting her spirit and legacy, has been described. Collaborator, mother, singer, guitar player and visual artist are just some of the sides to one of Chile’s most extraordinary creators. Physical theater, the use of objects and puppets, the creation of poetic images and the essential presence of live music form the popular street style used by La Patogallina to pay homage to the country’s great singer-songwriter. Far removed from theater full of folklore and costumbrismo, Paloma Ausente uses a theatrical style that isn’t based on reality but which has been described as ‘rural surrealism’. The play is a Teatro a Mil Foundation co-production that was one of several different initiatives supported by the National Council for Culture and the Arts to commemorate the 100 year anniversary of Violeta Parra’s birth. 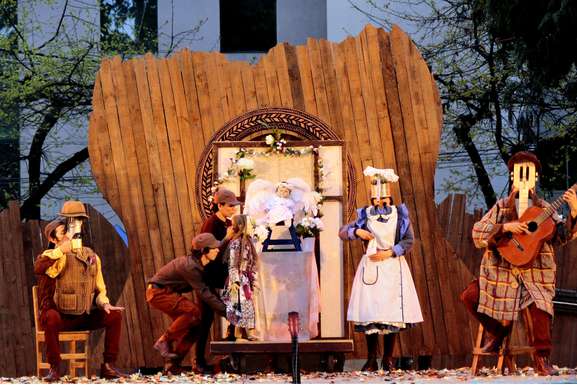 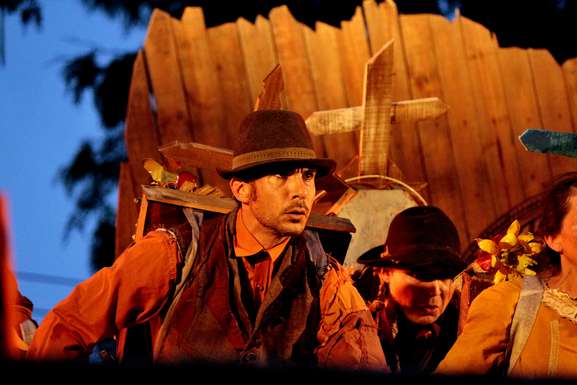 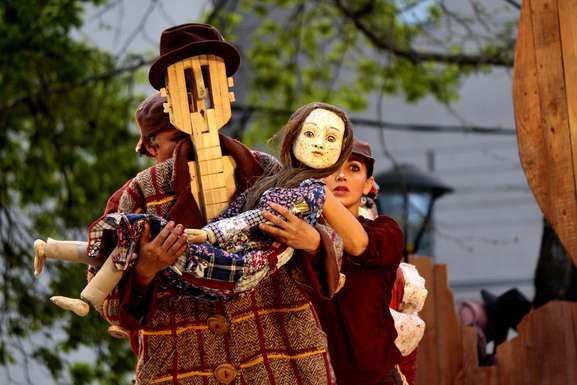 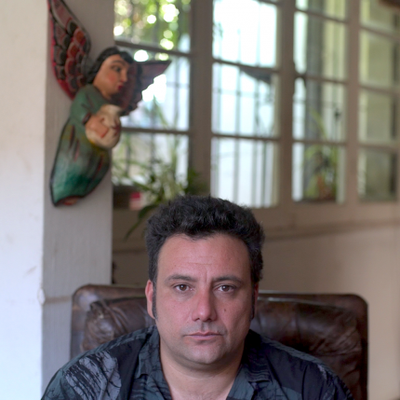 Martín Erazo is a theater director, actor and singer. He is also director of the La Patogallina company and lead singer with the bands La Patogallina Saunmachin and Patricio Cobarde. He was nominated for an Altazor award for the play El húsar de la muerte, which has toured Europe, Latin America and India. He directed the documentary Guerrero invisible, which was presented at the Guadalajara International Film Festival. He is co-founder and co-director of the Teatro del Sonido street theater company and co-director of the Chilean street theater festival, FITKA. He has taken part in festivals in France, Spain, Switzerland, Holland, India, Brazil, Ecuador, Argentina, Colombia and the Dominican Republic.