A young hip-hop singer recalls her memories of her boxer father. Father and daughter rebuild the relationship they lost by reminiscing, meeting up and sharing their injuries. Recordings of their talks mix with personal items and memories to combine the recollections of the two: the daughter’s present and the eighties that made their mark on her father. Both characters are children of fury. Hip-hop and boxing involve rage, survival, the ghetto and showmanship. The father is a victim of unscrupulous management and his own desires and the daughter a victim of her father’s absence.

Yo soy la hija de la furia is musical street theater inspired by the story of David Ellis, the last Chilean boxer to die after a professional fight. With an intimate and minimalist format that blurs the lines between documentary and fiction, the Colectivo Contrataque tells a story that explores the relationship between parents and children, the meaning of life and death and the struggles and passion involved in protecting those who love us. 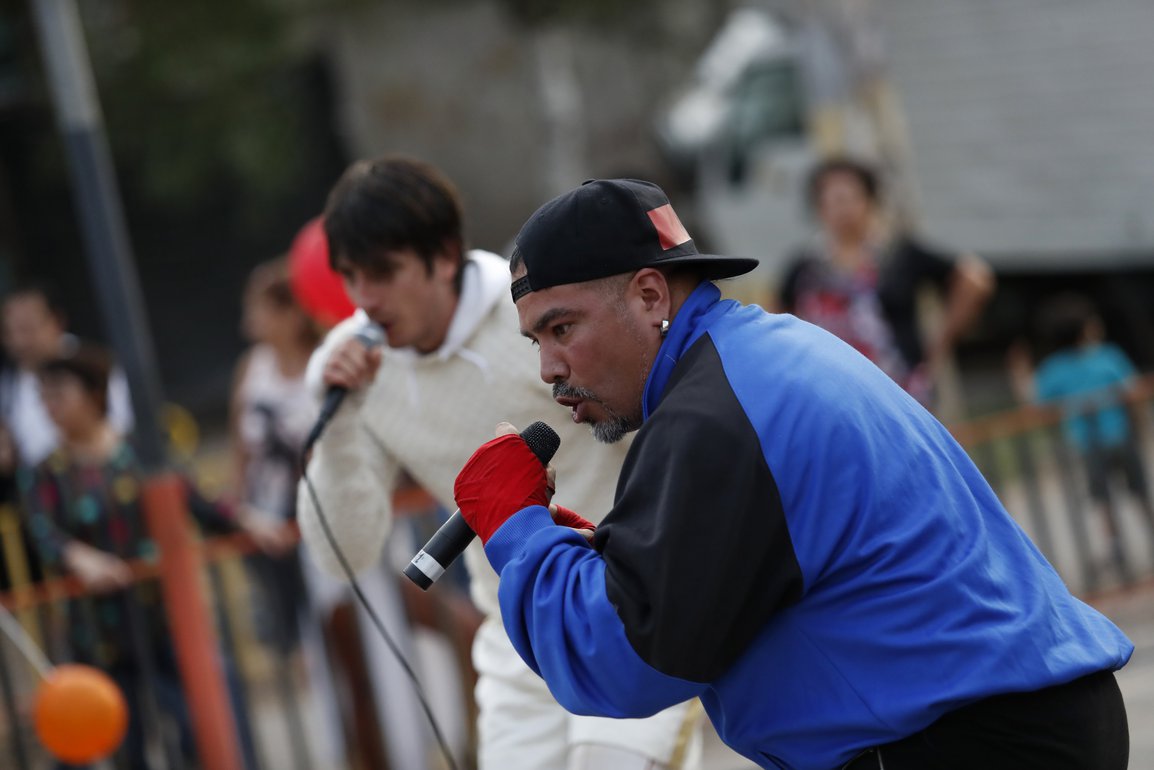 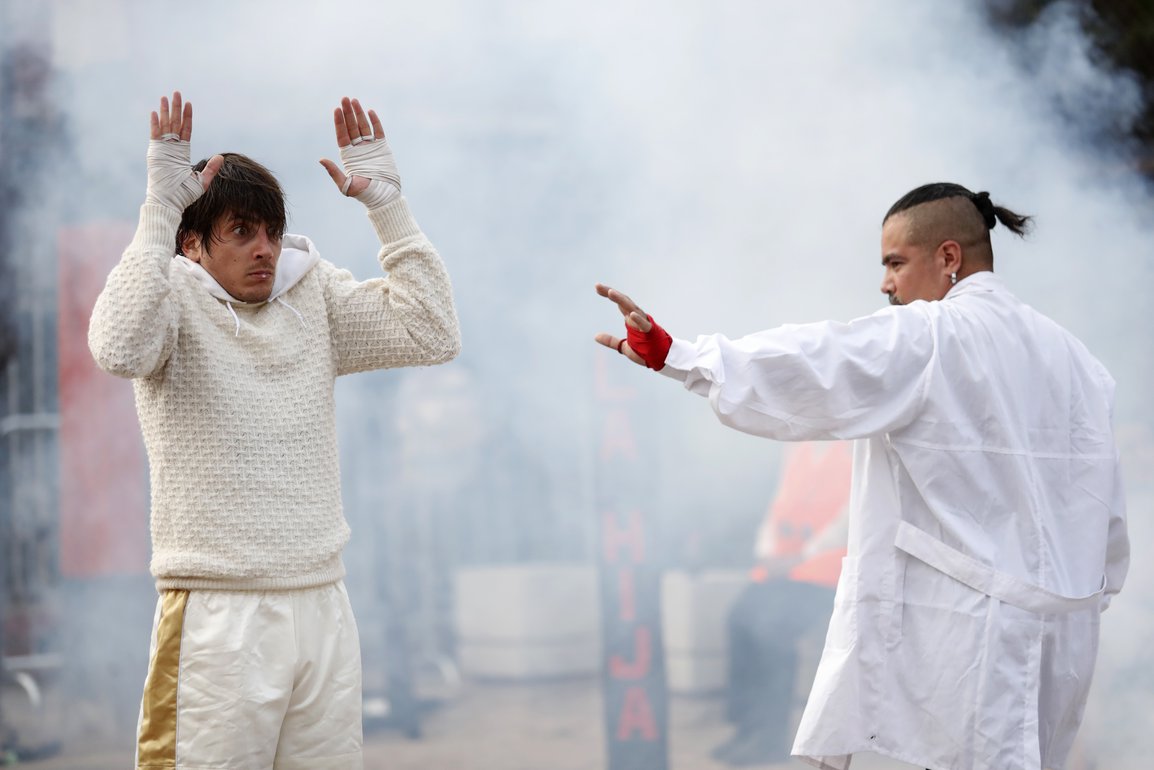 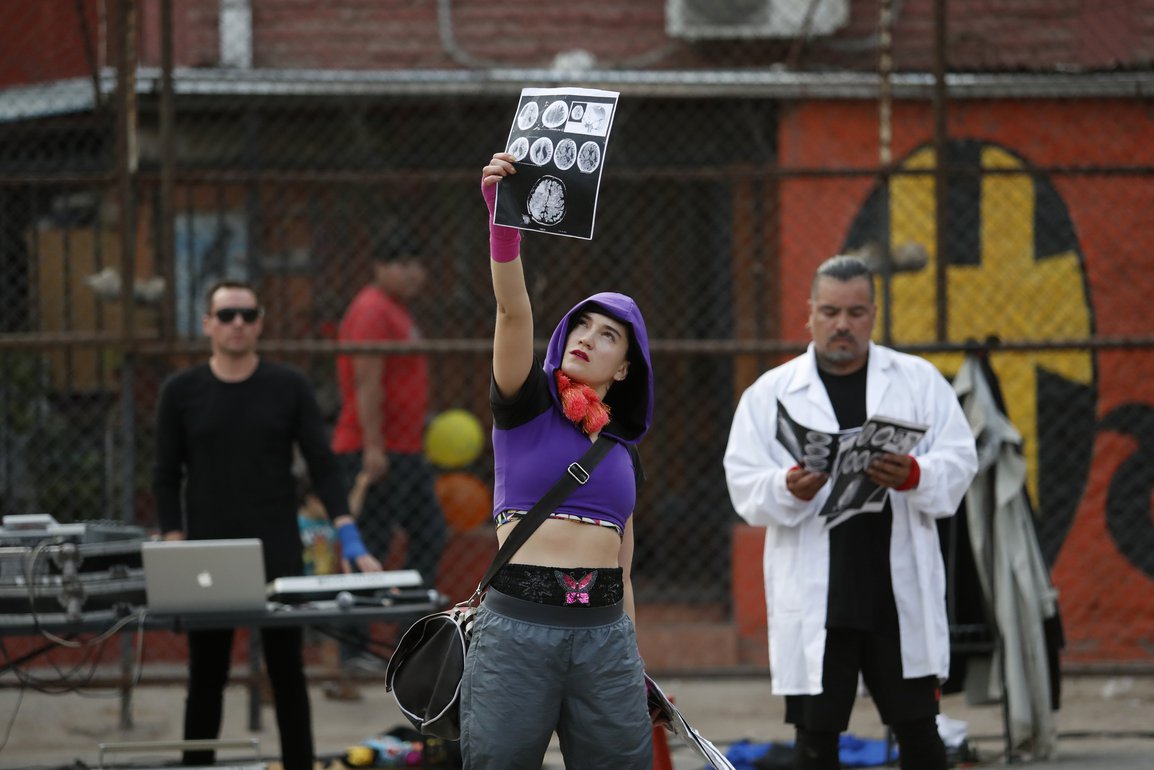 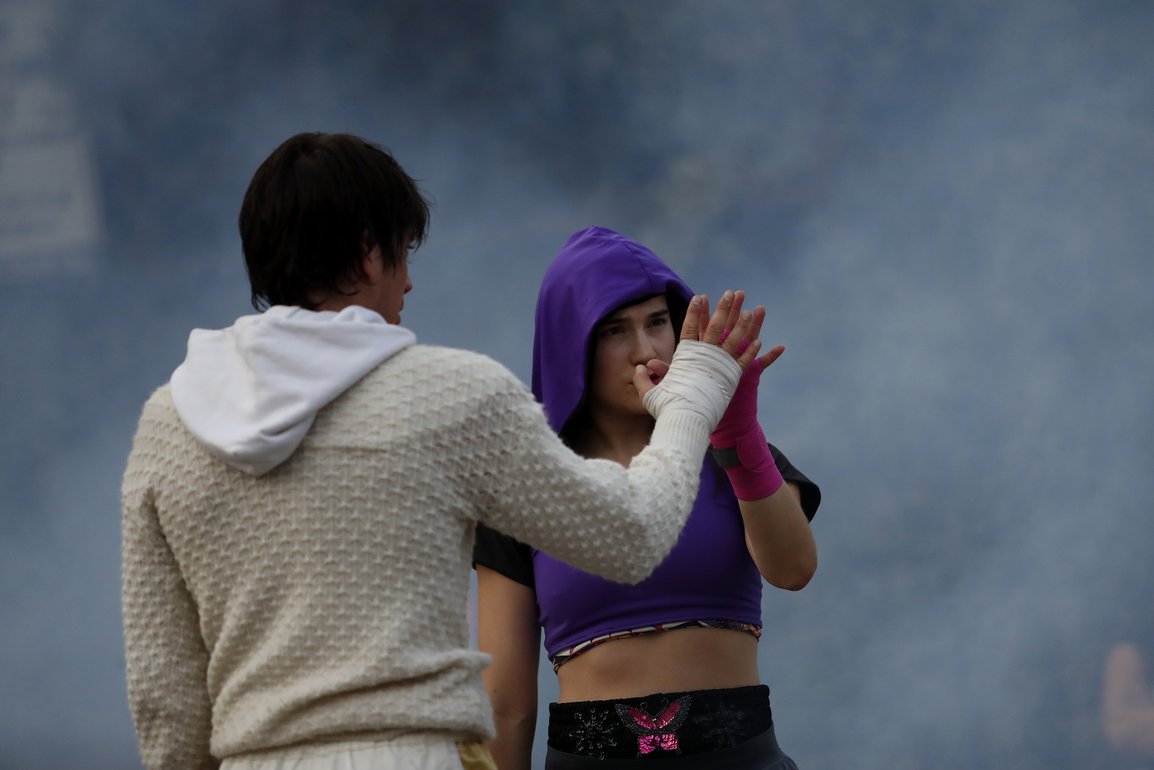 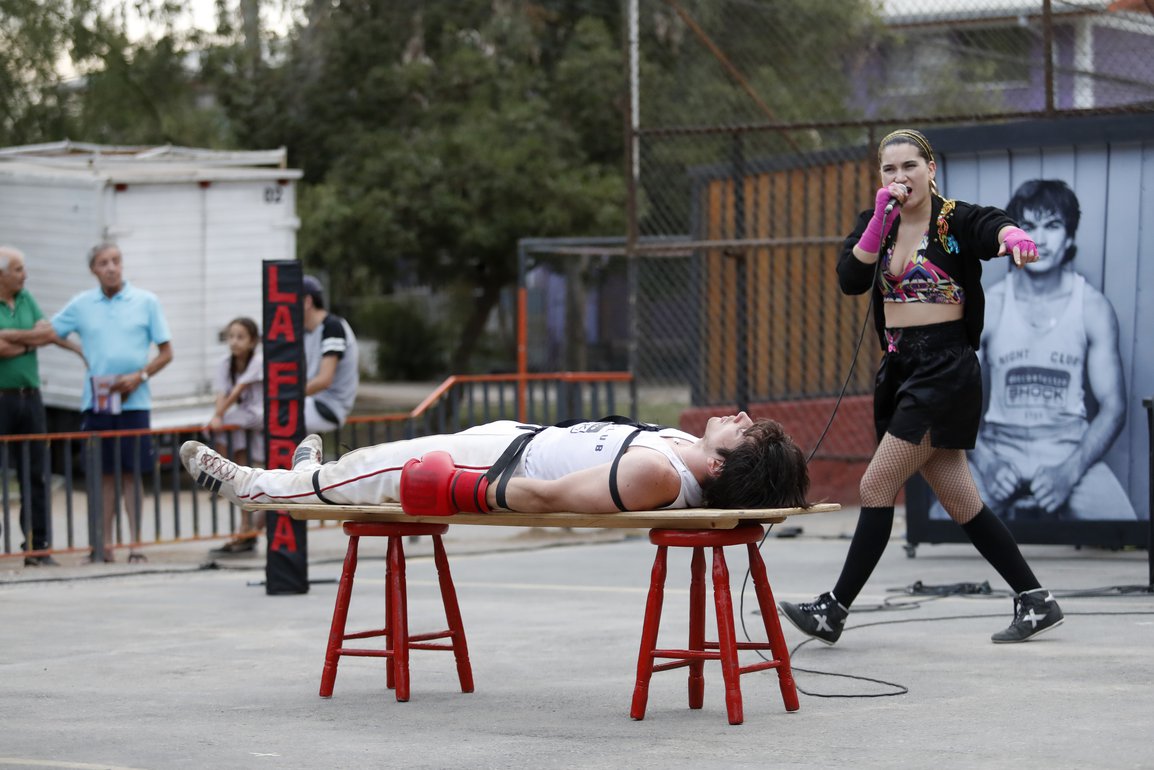 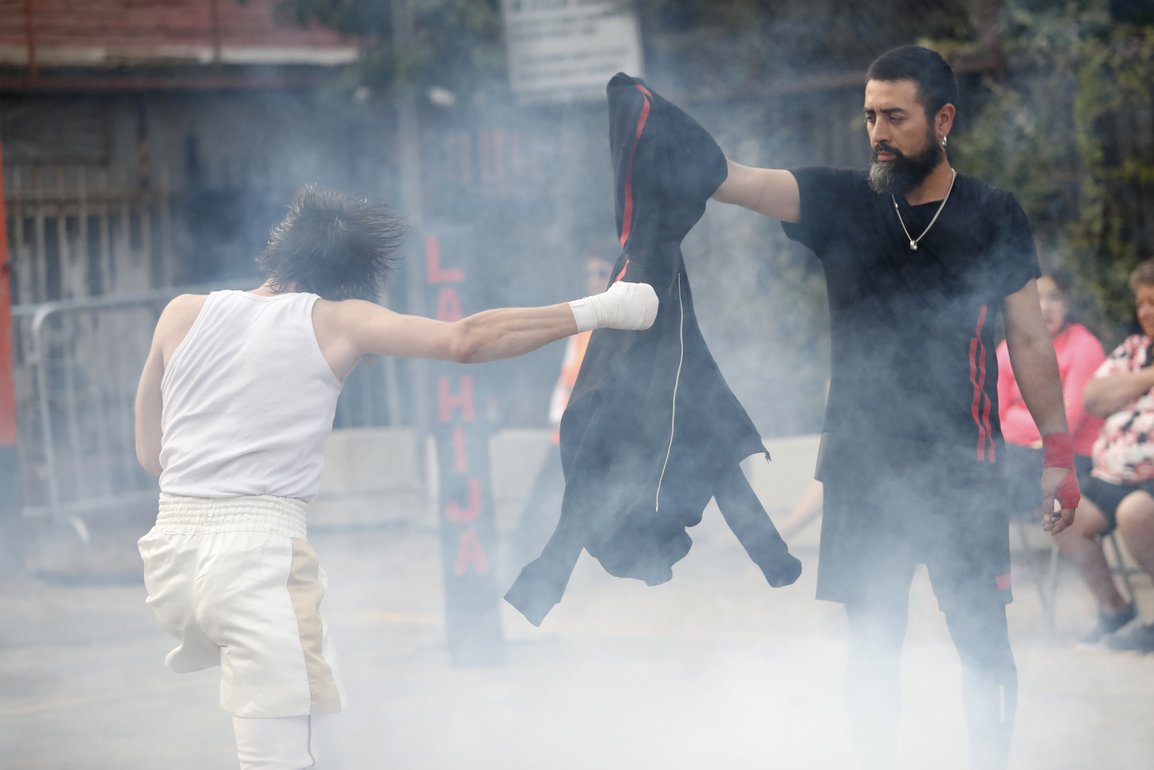