A moving reflection on the concepts of body, territory and communication in Chile today.

Los nuevos Cuerpos: retratos corporales is the new creative proposal of the Las Danzas project. Its central axis is a reflection about the concepts of body, territory and communication in today's Chile, based on the diversity of non-hegemonic bodies. The piece consists of the body portraits of six people, who from their different appearances invite the viewer to reflect on the issues of disability, gender, immigration and the hegemony of appearances. 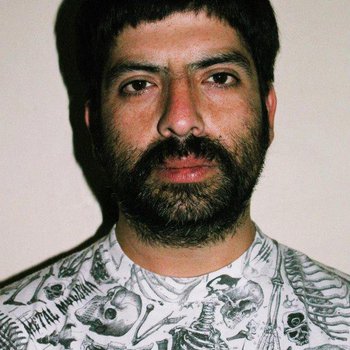 A tireless researcher of the language of dance

Francisco holds a degree in Philosophy and Education from the Universidad de Chile and a degree in Performing Arts from the Universidad Mayor. Since 2003, he has worked in the Chilean scene as a performer, creator and manager, along with different choreographers and companies such as Danza Logunedé, Colectivo de Arte La Vitrina, Compañía de Papel, Espacio Arte NIMIKU and Compañía Danza JAM, among others. Francisco is also the creator and director of the contemporary dance project LAS DANZAS; a member of the Plataforma DanzaSur team, an artist-in-residence NAVE 2017 until today, as well as a choreographer and performer in several productions, and a teacher, manager and advisor for artistic projects both in Chile and abroad.

Why you should watch Los nuevos cuerpos: retratos corporales

-Because it is an interesting proposal that turns the autobiographies of six men and women into a video dance piece.

-Because it presents a contemporary vision of diverse bodies through people who are not dedicated to the performing arts.

Videodance: genre that arises from the experimentation between dance and image capturing. It dates back to the emergence of video art and the beginnings of cinema, and its evolution runs parallel throughout history. It should be emphasized that these are not video recordings of a dance, but rather dance and camera establishing a symbiotic relationship. In such performances, the choreography process typically exists only on film or video. “Neither dance nor the means of manifesting it are at the service of each other. They are partners or collaborators in the creation of a hybrid form", defines American filmmaker and theorist Douglas Rosemberg.

-Learn more about the work of Francisco Bagnara and his contemporary dance project Las Danzas. 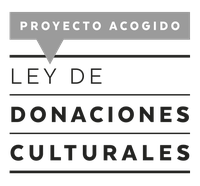 By Ensamble Extremo Sur and Libertaria

By Francisco Bagnara and Fernando Andreo