One of Chilean playwright Egon Wolff’s masterpieces is back in a heart-rending piece of radio theater, voiced by some of the country’s most outstanding actors.

Written by Egon Wolff in 1963, this play deals with an upper-class Chilean family’s worst nightmare: the poverty-stricken, and this family’s fear and repulsion of them. The poor, the destitute and the homeless from the other side of the river finally cross this natural divide between ‘us and them’ and start taking over the city. Lucas Meyer, a successful businessman, watches as his house is overrun by a group led by China, a strange homeless man who not only is an eloquent speaker but also seems to know all about this businessman’s shady deals and how they cover up a crime.

This jewel of Chilean theater combines realistic theater with more dreamlike and disturbing elements. Listen to this quick-witted, clever script - that still makes sense and resonates in our times – on your headphones and with your eyes closed. 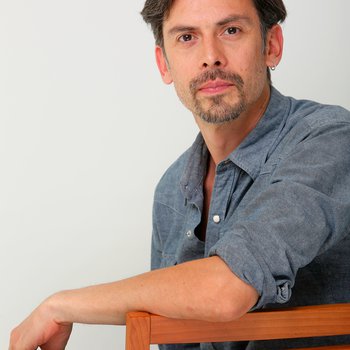 A cinema, theater and TV talent

Having studied at the Fernando Gonzalez Theater School, he’s worked on numerous productions, starring in plays such as Hamlet, Calígula, El misántropo, Roberto Zuco, Delirio and Bajo hielo. As a director, he has put on plays by Marguerite Duras, Philipp Löhle, Rafael Spregelburd and Lola Arias. He has also taken part in numerous television series on channels like TVN, Canal 13, Chilevisión and HBO Latin America. In the cinema, he has worked on films like Historias de fútbol by Andrés Wood; Cofralandes by Raúl Ruiz; No by Pablo Larraín and Una mujer fantástica by Sebastian Lelio, winner of the Oscar for Best Foreign Film in 2018. In 2010, he directed the National Playwriting Exhibition

Why you should listen to Los invasores

—It’s one of the key works by Egon Wolff, one of the most important and renowned playwrights in twentieth century Chilean theater. Born in 1926, his work focused on social inequality in Chile, on the upper class’s penchant for economic prosperity and on vindicating the poor. In 2013, he won the National Award for the Performing Arts. He died aged 90 in 2016.

—It’s part of the ‘Theater With Your Eyes Closed’ format created by Colectivo The Braiers, adapting a theater script into an audio performance. “It opens the door to researching the multiple possibilities this style offers and to work from home as artists. It allows us to get up close and personal with our audience, as we’re interested in maintaining the connections that create a theatrical experience, in spite of the physical distance imposed on us by the pandemic”, says the group.

—Colectivo The Braiers has been developing productions for five years now by authors who reveal part of the current human condition. Their thought-provoking scripts are brought vibrantly to the stage (and in this case, to the airwaves).

The ‘50s Generation: A group of narrators, poets, playwrights, essayists and critics who came on to the national arts scene radically skeptical of the Chilean life and literature that came before them (looking to overcome the creole literary movement). A hallmark moment was the Writers’ Event held at the University of Concepción in 1958. Although they did not call themselves a movement as such, critics have grouped them together. Among the most outstanding names were narrators José Donoso, Margarita Aguirre, Enrique Lafourcade and Jorge Edwards; poets Enrique Lihn, Jorge Teillier and Armando Uribe Arce and playwrights Sergio Vodanovic, Luis Alberto Heiremans, Alejandro Sieveking and Isidora Aguirre.

Radio theater: This is an art form created through words, sound effects and music that together tell a story that the listener can recreate in detail in their mind. Its golden age globally was in the twenties, thirties and forties, at the height of radio, with its popularity continuing until the seventies in Chile. Worldwide, the most well-known radio theater piece is perhaps The War of the Worlds, written in 1938 by North American actor and director Orson Welles, which tells of an alien invasion’s impact on the world. It was so realistic that it caused widespread panic among its thousands of listeners, who thought the news was real, even though the story was based on the novel of the same name by H.G. Wells.

—Take a look at Egon Wolff’s blog where he sells his watercolors and notes down his thoughts and ideas.