“The human marionettes are highly expressive and the animals’ movements are incredibly graceful”.

Starring specially created puppets, Chilean company Teatro y su Doble brings this famous symphonic poem by Russian composer Serguéi Prokófiev to the stage. Pedro y el lobo tells the story of Peter, a boy who disobeys his grandfather and goes into the woods, despite the danger he might face from the mighty wolf who strikes fear into everyone. With the help of his friend the bird, he manages to overpower and catch the wolf, coming to understand both his and the wolf’s place in the world.

Pedro y el lobo is the fourth creation by Teatro y su Doble - after El capote (2007), Sobre la cuerda floja (2012) and Feos (2015) - and is a Teatro a Mil Foundation coproduction, premiered as part of the Teatro Hoy season. 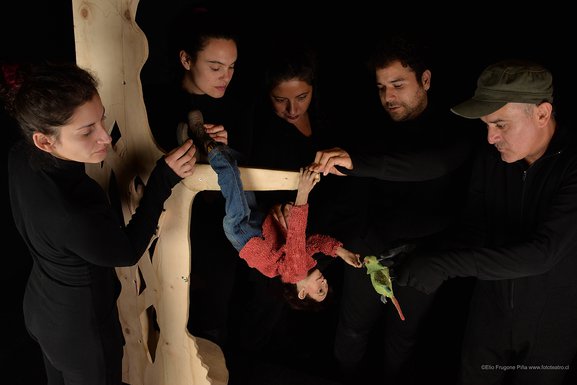 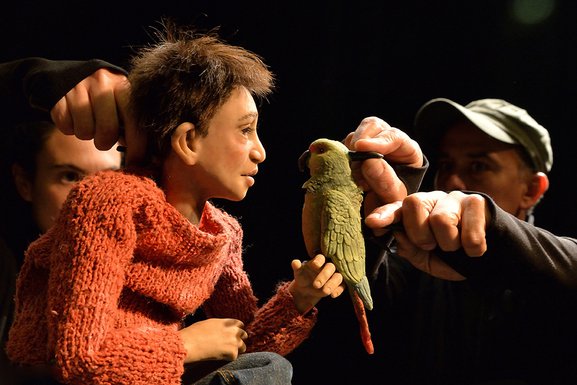 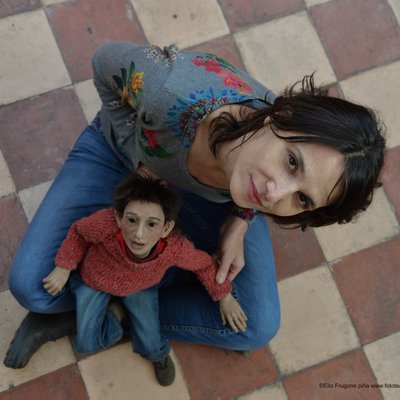 Aline Kuppenheim With a long career in film, television and theater, this actress, theater director, illustrator and visual artist (Barcelona, 1969) has dedicated her life to theater for more than a decade. In 2005, she founded Teatro y su Doble (formerly Teatro Milagros), with which she creates moving puppet plays whose content is aimed at both infant and adult audiences, using intricate puppets made by the actress herself and her team. She has also had starring roles in films (Machuca, Una mujer fantástica) and in important TV series, such as Ecos del desierto, Prófugos and Bala loca.