<<‘LA MARÍA’ DOESN’T AIM TO BE POLITICALLY CORRECT BUT RATHER PLACES ITSELF IN EXACTLY THE AREA IT AIMS TO QUESTION, CAUSING CONFUSION AND ASKING ABOUT THE DIRECTION OUR SOCIETY HAS TAKEN>> — El Mostrador

In a facility in the middle of the Antarctic, a group of absent-minded seniors spend their last days. They live happily in this kind of hotel, which guarantees their comfort and well-being. They are looked after, they hold larger-than-life parties, they dance, enjoy and eat cake. They are all guilty of crimes against humanity. They may have been informers, torturers or were sympathetic to the dictatorship. We do not know, because it is not said and they simply do not care or feel guilty or even remember. They sing, they take sleigh rides, they celebrate birthdays, they are happy. For them, happiness is the here and now. For them, the mission has been accomplished. Until one night someone looking for revenge visits them. Or perhaps no one visits and everything carries on the same.

Teatro La María puts on its most recent production, El Hotel, a dark comedy about criminals from the dictatorship who live free of guilt and punishment. With a history spanning more than 15 years, this outstanding Chilean company continues its work revolving around Chile and its recent history. In the words of its creators, “They were years full of evil and hypocrisy, in which the country’s attitude towards certain matters seemed to be passive, absurd and completely useless”. 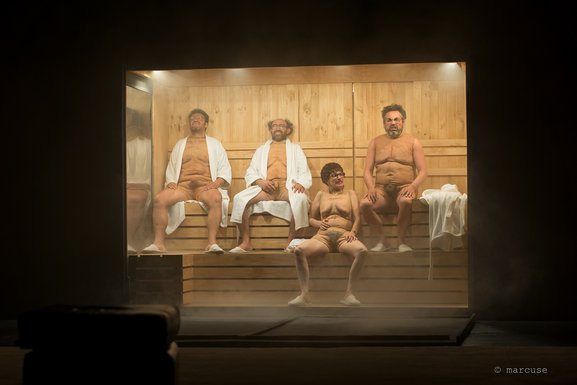 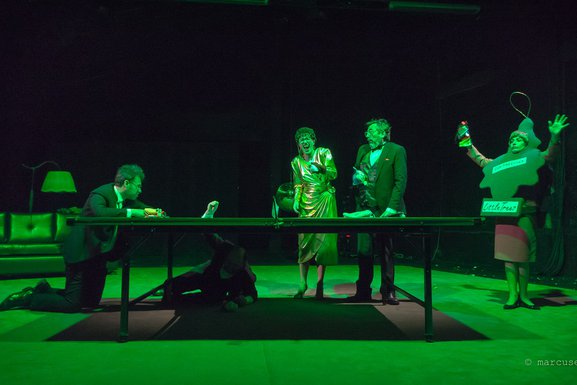 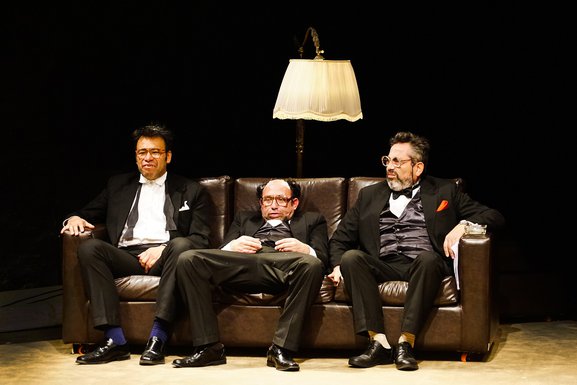