<<THIS NEW PIECE BY FELIPE HIRSCH AIMS TO TAKE A CLOSER LOOK AT AND EXPLORE THE SPECIFIC PERSONAL, SOCIAL AND POLITICAL SCOPES OF THE SYSTEM IN POST-DICTATORSHIP CHILEAN SOCIETY>>

As a result of the contradictions and complexities of democracy in today’s world, this new piece by Felipe Hirsch aims to take a closer look at and explore the specific personal, social and political scopes of the system in post-dictatorship Chilean society. Inspired by the books by renowned Chilean writer Alejandro Zambra, the show looks in greater depth at the different aspects that have marked the transition to and consolidation of democracy in the last 30 years: the traces left by the dictatorship, education, the economy, inequality, ethics and even family. Ironic, sarcastic and critical, the play becomes a tragic game, reflecting the complex journey of a generation that has had to shoulder the dreams, fears and frustrations of Chile today.

With Puzzle , a project specially created for the 2013 Frankfurt Book Fair, the award-winning Brazilian director Felipe Hirsch started his foray into the world of literature and essay writing. Plays, movies and a television series are all part of a journey that has led him to work with more than twenty Latin American writers. This close relationship with authors and actors with the same continent in common make Democracia a collaborative creative project that emerged from the Santiago a Mil International Festival’s invitation to celebrate its twenty-fifth anniversary. 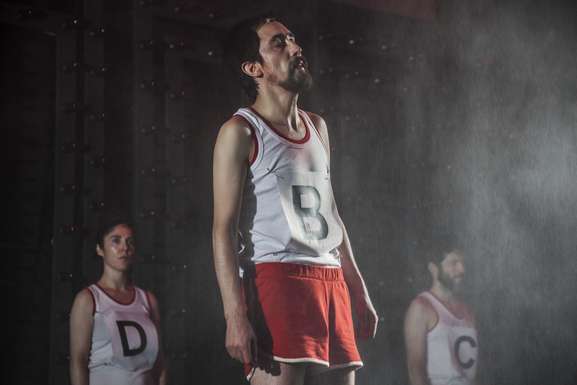 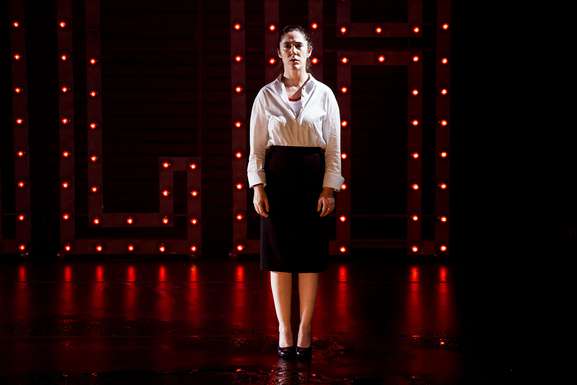 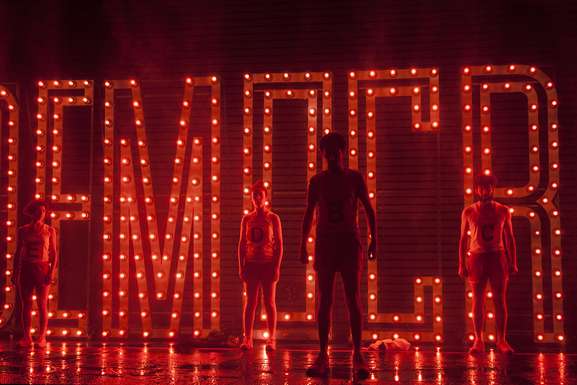 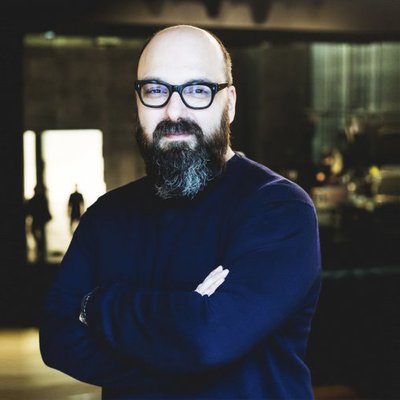 Felipe Hirsch (Rio de Janeiro, 1972) is a Brazilian cinema and theater director. He is renowned for his work combining literature, music and theater, beginning his theatrical research with the Sutil Compañía de Teatro, which he directed for 20 years. In 2013, he founded Ultralíricos, a company with which he began the Puzzle project, created especially for the Frankfurt Book Fair. He has directed the movies Insolação (2009) and Severina and taken part in important cinema festivals in Venice and Locarno, among others. In 2006, the O Globo newspaper named him as one of the hundred most influential Brazilian thinkers.