Juan Carlos Bodoque plays Miguel de Cervantes, Tulio Triviño plays Don Quixote, Juanin Juan Harry plays Sancho, Patana plays Pantonia (the nobleman’s daughter) and Policarpo plays the innkeeper. The cast of the acclaimed children’s program 31 Minutos turns Cervantes’ play into a theatrical parody for both children and adults, retaining both the story’s essentials and some of its most innovative aspects. For example, the author is a character in the play and the book exists in the novel itself.

The puppet version of this literary classic is loyal to the original text, maintaining entire dialogues from the novel as a way of highlighting how relevant it still is. It also highlights topics like fantasy - the much-needed craziness or eccentricity that helps us get through the day and inspires us to go after our dreams, in spite of the difficulties we encounter. Friendship and love are also mentioned - things that are worth defending tooth and nail - as well as humor as a defense against perfectionism. 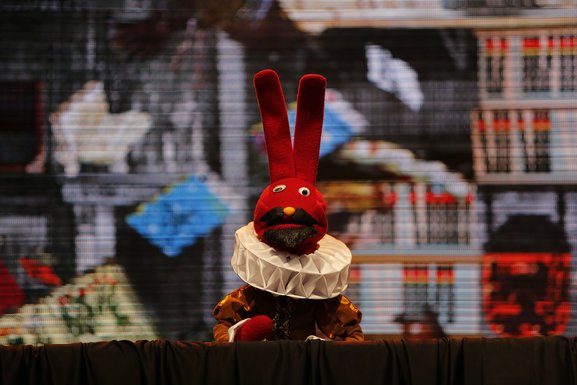 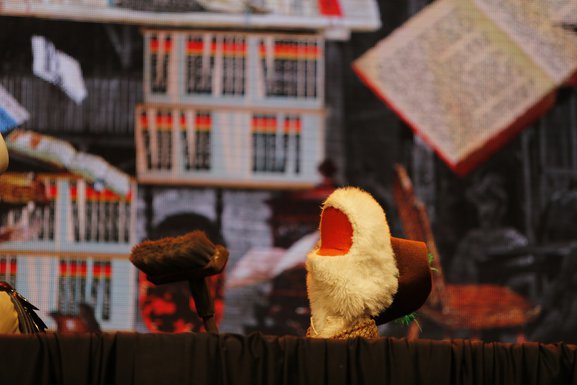 31 minutos 31 Minutos is a children’s show starring puppets that was created by the Aplaplac production company. It started as a parody of a news show and was a milestone in Chile’s production of children’s programs, a huge success for all of the four seasons it aired. Its albums were also bestsellers and a live version took part in Lollapalooza Chile in 2012 and the Viña Festival in 2013. The program tackles children’s topics with humor and without prejudice. It’s irreverent, works for all ages and formats and its characters are far from being all-too-perfect role models, showing both their virtues and defects to gain children’s trust. It has won four Altazor awards and two Prix Jeunesse, as well as being nominated for the international Emmys.