Inspired by the famous phrase ‘memories come and go’, this play makes movement the basis for the memories it hopes to revive.

Filmed with the Prochelle house in Valdivia as a backdrop, Van y vienen is a video dance piece that looks into memories as journeys we can experience. Inspired by the popular phrase ‘memories come and go’ and recorded as a one-shot sequence, the play positions movement as the basis for the memories we hope to recuperate. Its director and performer is dancer and choreographer Patricia Campos from Valdivia in the south of Chile, who has worked creatively mainly in the area of video dance. 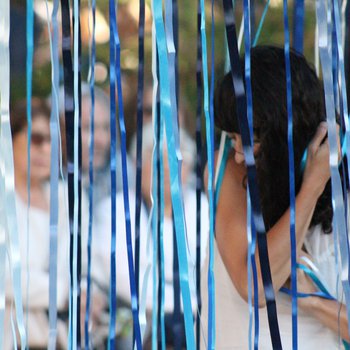 This artist is dedicated to performing, teaching and creating and directing choreographies. Having trained at the School of Dance at the Academy of Christian Humanism University and under the vision of the Espiral Dance Center, her creations aim to connect with different budding audiences, as part of a collaborative network of independent dance circuits in the center and south of the country. She has mainly worked in the areas of video dance, dance and teaching.

Video as a record of culture and heritage

This filmmaker and musician is from the city of Valdivia and has worked as a documentary film director and director of fiction on the films Los Pasos Buscados and Curiche and on the cultural television series Buscando el instrumento madre. He is also head of the audiovisual production company GUAIRAO, developing creative processes based on theater, dance, light and music. He specializes in photography and works actively on projects connected to patrimonial and cultural documentary records.

-It tackles and dramatizes the issue of how memory and memories work in a very interesting way, turning them into staged ‘objects’.

-It is filmed in a single, continuous shot. Van y vienen is a specially choregraphed piece for camera, making it an experience that gets as close to the audience as possible, even though it is a video.

Video dance: This genre emerged as a result of the experimentation between dance and image capture techniques. It dates back to the appearance of video art and the beginnings of cinema and evolved in parallel with these over time. It is not a record of a dance on video, but rather dance and the camera form a symbiotic relationship. In this kind of play, the creation of the choreography typically only exists on film or video.

“Neither the dance nor the method of rendering are in service to each other, but are rather partners or collaborators in the creation of a hybrid form”, says North American producer and theorist Douglas Rosemberg.

-Check out the interview with Patricia Campos and Francisco Ríos during the sixth version of the 2019 Proceso de Error Experimental Video Festival in Valparaíso.

-Watch Manada, a choreographic creation by Campos and Ríos in a short film format.