Paren la música is the third part of a trilogy by the Chilean dramaturge Alejandro Sieveking, which began with Todo pasajero debe descender (2012) and was followed by Todos mienten y se van (2019). A play that the author left unfinished at his death, in March 2020. Similar to the two previous pieces, once again a café becomes the meeting place for Guillermo, a biographer, and his friend Gregoria, an elderly actress. The big difference is that this time Guillermo is dead, and the café is being demolished. Joselyn, the owner, discovers Gregoria in the ruins suffering from advanced senile dementia and reluctant to leave this memory-loaded place. What makes her stay on the scene?

Inspired by the Sievekian world and written by Nona Fernández, Paren la música is the dramatic continuity of a play where humor, superstitions, souls and ghosts cross the stage as a representation of the real and the marvelous. 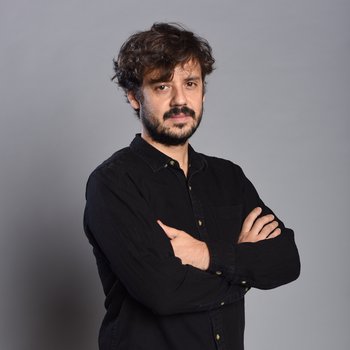 Cristián is a theater director trained at the Centro de Investigación Teatro La Memoria. He has worked as a scenic creator since 2003. His productions are based on dramatic texts, some of them classics, as well as the adaptations of literary works. Partido, Comida alemana, La señorita Julia, Castigo, Paso del Norte, No despiertes a los niños and Locutorio are some of his titles presented in Santiago and in foreign festivals. 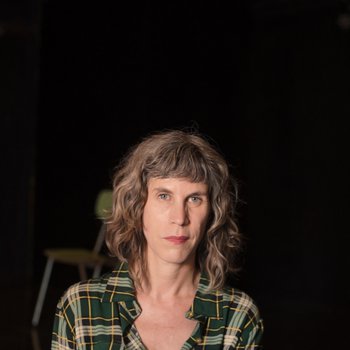 A play with a focus on Chile’s recent memory

Nona is a renowned actress, playwright and writer, co-founder of the company La Pieza Oscura in 2004. The play El Taller (2012), her first theatrical piece, won the 2013 Altazor Award for Best Playwriting, and received the Nuez Martín Award for Best Play in 2014. She has also written Liceo de niñas (2015) and the theatrical adaptation of her novel Space Invaders (2020). Her authorial work stands out for its approach of the country's recent memory.

After the show will be a dialogue with the artists

After the show will be a dialogue with the artists