An interdisciplinary piece that aims to make the artists’ bodies disappear through a combination of dance, music and lighting design.

Based on verticality and portrayal and using an interdisciplinary methodology that questions the ways bodies appear in art, this dance solo looks for new ways to show corporeality’s (dis)appearance. As part of this quest, non-traditional techniques are used, such as regression to past lives, mindfulness and Kundalini yoga breathing techniques, practiced by all the members of the team. Their work is part of a journey in which the body goes through different states related to different outward appearances, all as variations on a theme exploring the relationship of corporeality with what is material, light, sound and space and with how we look at things. Rather than something lineal, it’s set up as a journey or tour through a theatrical landscape; a play-landscape that provides a perceptual experience for the audience and asks questions about the forms bodies can adopt, their limits and how many bodies we inhabit or inhabit us. 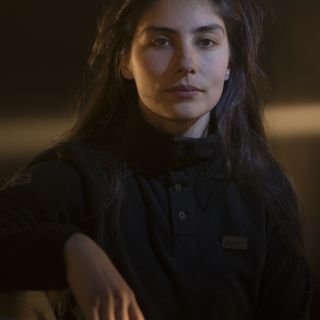 In charge of the project

This performer, creator, teacher and consultant has taken part in different independent dance projects, is a teacher in the dance department at the University of Chile and co-directs the Plantar organization, a platform providing training opportunities for dance professionals. She studied dance formally at the Laban Center in London, the University of Chile and the Santiago Municipal Theater’s Ballet School. She’s taken part in different research projects, such as Vertebral with Rolando Jara (the result of a 2017 Nave residency). She’s also developed theatrical creations in collaboration with artists from both Chile and abroad, with the projects Canvas, Obra, Dobles, Relevo and Homo Ludens particularly standing out. She’s collaborated with Alys Longley (New Zealand), Deborah Hazler (Austria), Vangelis Legakis (Greece), the Zikzira Physical Theater (Brazil-United Kingdom) and the Cholmondeleys and bOxd Productions in England, as well as with Chileans Teresa Prieto, Javiera Peón-Veiga, Marisol Vargas and the La Vitrina dance collective. 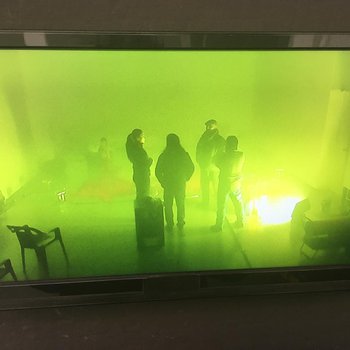 Rolando Jara: Five-time winner of the National Playwriting Event, this playwright has premiered his work in Chile, Germany, Mexico, Argentina and Spain. Proyecto/Fausto, Polen and Calias, tentativas sobre la belleza - presented at the Mannheim National Theater in Germany - particularly stand out, as well as the opera Lamentaciones, co-written with composer Cristian Morales Ossio.

Eduardo Cerón: This design graduate has created more than 250 graphic pieces for theater, as well as pieces for cinema, dance, literature and Chilean music. He worked as art director for the Chilean National Theater’s productions and recordings and for the Womad Chile Festival. He was part of the professional designers’ delegation for Chile’s stand at the Prague Theater Design Quadrennial.

Julio Escobar Mellado: This performing and visual arts lighting designer is also a producer and stage technician. He’s furthered his studies and lighting knowledge on different occasions both in Chile and abroad. The quest to establish a certain lighting style for different disciplines is characteristic of his work.

“Projections, interactive devices with sensors, audiovisuals, sound installations and other tools all turn the space into a body that’s mutating”.

Why you should go and watch FASMA?

— The starting point for this piece of research was the text Fasmas, ensayos sobre la presencia by Georges Didi-Huberman, which questions the ways bodies appear in art.

— Since Fasma is interdisciplinary, it can be appreciated from multiple points of view: its corporeal work, its musical score/real time sound, its lighting and technological devices and its creation of imaginary worlds and perceptual experiences.

—This project includes different aspects that are open to the public: conversations, open rehearsals, school functions, open practices and the creation of a web page (fasma.cl), making the results of all this public.

— Find out more about Georges Didi-Huberman in this article from the La Nación de Argentina newspaper.

— Take a look at part of Macarena Campbell and Rolando Jara’s Vertebral residence at Nave in 2017.