The story of Gabriel, a boy who makes important paleontological findings in the northern Chilean town of Los Vilos.

Gabriel is a 10-year-old boy, paleontologist by intuition and decision, passionate about fossils. Punished again and again for not fitting the standards of formal education, his unconventional ideas led him to important paleontological findings in the town of Los Vilos. Ana, who used to be his expedition partner, is now a teacher and remembers him in every class with her students. One morning, after a visit to the Museum of La Serena, the students get together in groups to carry out an activity. Using different object manipulation techniques, Ana asks them to tell Gabriel’s story, better known as "The Fossil Boy". 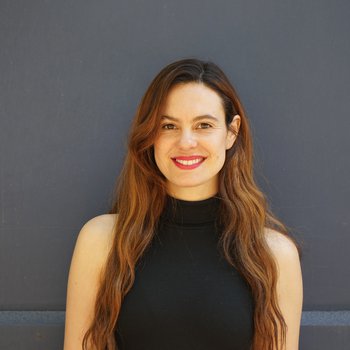 A Career Devoted to Puppet Theater

Catalina is an actress graduated from the Universidad Católica. She has focused her activity on the direction, creation, construction and manipulation of puppets, co-directing the plays El último pez and El niño de los fósiles, by Teatro Marote. She has also directed and designed Suplantar and Cuerpo Transferencial, by Principio Material. She is a member of the company Teatro y su Doble, directed by Aline Kuppenheim, where she has been a puppeteer for five years. 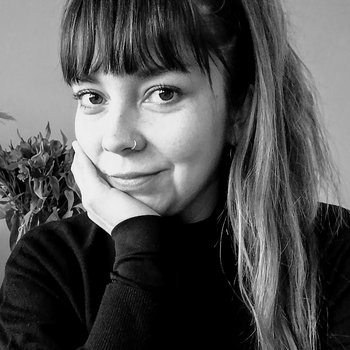 Dedicated to Direction, Dramaturgy and Production

Scarlett is an actress, producer and dramaturge graduated from the Theater School of the Pontificia Universidad Católica de Chile in 2009. She began her career with independent projects as an actress and manager, venturing as a producer for various companies and institutions such as the Fundación Teatro a Mil and the Santiago a Mil Festival. She made her debut in the world of puppetry in 2017, by establishing the Teatro Marote company, of which she is a co-founder along with Catalina Bize (Teatro y su Doble).

Teatro Marote is a family puppet company, whose main objective is to strengthen the bond of children with the performing arts, thus contributing to their intellectual and affective development. In 2016, the company premiered its first production, El último pez, funded by Fondart Regional 2017. During 2020 they began to work on their new production, El niño de los fósiles.

Why you should watch El niño de los fósiles

-Because it is a family-oriented story that not only seeks to entertain but also to empower new audiences through inspiring stories. This is the case of Gabriel, a 10-year-old boy who does not seem to fit into the mold of what is expected for a student of his age, but who nevertheless manages to shine thanks to his skills.

-Because Teatro Marote´s second production illustrates its development within the object and puppet theater scene in Chile. Their trajectory began in 2016 with their first performance, El último pez. Both plays were created after a research process that incorporates theater and other audiovisual tools.

Puppet Theater: "A set of artistic disciplines and techniques through which a specific kind of shows are created, performed and organized, characterized by the use of certain expressive material elements", according to the book Aproximación al teatro de títeres, by Argentine puppeteer Juan Enrique Acuña. Four basic techniques are usually distinguished: rod puppets, glove puppets, shadow puppets and marionettes, articulated or moved by strings. All of them have been enriched by advances in technology and various experiments. "Puppet theater is capable of representing the mistakes of society, politics, religion, the whole human endeavor", stated the Cuban theater magazine Conjunto, and that is why it is a mistake to associate puppet theatre perfomances only with children as the target audience.

Marote (Spanish)/marotte (French). This is the name given to a type of puppet for its manipulation in height. According to the World Encyclopedia of Puppetry Arts, "in its most basic version, the marote is manipulated with a single rod nailed into the puppet's head", although "it can also present a double manipulation: rod and glove. Instead of placing the index finger on the head, a rod is placed instead and held with the middle, ring and little fingers, while the thumb and index are inserted into the arm of the glove". In other words, it is a puppet in which the puppet’s hands are replaced by the hands of the manipulator.